You are here: Home / Blog / IMPROVING HEALTH OF RURAL BASED FARMERS

One day in the heart of a rural area in Southwest Nigeria while on a medical health relief outreach with a faith based organization, I had an encounter with a farmer who was roasting on a charcoal fire a decaying Squirrels (Sciuridae). It is the type from the squirrel family referred to as ground squirrels, (not the flying squirrels, marmots or chipmunks), living in burrows in the ground or among rocks. The farmers are expert in setting traps to capture these squirrels. These squirrels are good delicacy for farmers and popularly referred to as “bush meat” This farmers caught this animal through his trap but could not follow up on the trap on time. Due to this, the animal is already decaying with infestation of maggots. In amazement, I watched him closely, at his determination to feed on the animal. 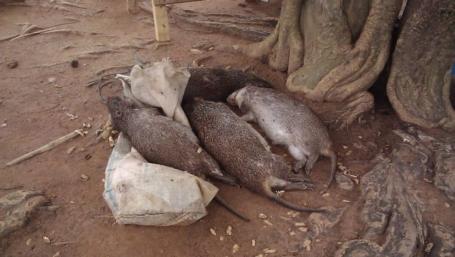 As I shifted my gaze to the maggots, which is also a vector for deadly bacterial and viruses ranging from Laser fever, plague etc., suddenly, it was dawn on me that the rural based farmers in Nigeria and probably other African countries need to be educated on the dangers of eaten these kinds of unhealthy so called “bush meat”. It seems to be an easy animal to capture due to their much population and effectiveness of local traps but unknown to these farmers, they are carriers’ death in their body fluids. With curiosity, as if I didn’t know, I asked the farmer, “Sir, are you going to eat this?” He replied, “yes of course,” with a smile on his face. According to him, “the fire will bring out the Maggot, it is only you the Alakowe’s (educated fellow) that cannot eat this kind”
In the recent times I’ve followed the history of outbreaks of deadly diseases in Nigeria and other countries. I noticed, it starts from the rural areas and spread to densely populated areas (cities) due to routine rural-urban migration and also because majority of farmers rely on urban medical centres for medical treatment since they lack access to basic health facilities and even in cases where there are, most cannot diagnose the complex symptoms associated with the incubation stage of these diseases.
Majority of farmers lack access to information on dangers attributed to their way of living. In my recent work with rural based farmers in Nigeria, I have noticed their ability to learn and appreciate knowledge given to them especially, when they see positive output from such information. This is not common in urban setting, where folks are too adapted to their way of living and tend to be difficult in appreciating new knowledge. The Alakowes who live in the cities seem to have attitude of know it all, but the fact that a particular way of living works does not make it right. This has always been my response to them.
When you work with farmers, you’ll notice an average smallholder farmer does not wash his hands before eaten, this has been one of the ways by which they are exposed to various infections and diseases. This ranges from dermal infection (mostly among children) to internal organ infection. Invasion of diseases among adults especially, women leading to depreciation in the quality of health conditions of these farmers.
As matter of way forward, there is need to engage in community health programmes in rural areas in Nigeria, using the bottom up approach, i.e. engaging them from households level first by assessing their day to day practices and educate them on good health practices. When households are educated on basic ways of sanitizing and sterilizing their food and utensils respectively, it will help in achieving a sporadic and effective change towards getting rid of invisible dangers farmers are living with, thus reducing diseases outbreaks in the rural areas. 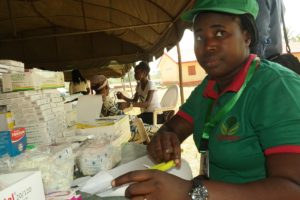 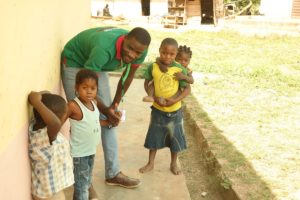 CIA-GED supports research on self medication

Support for Women in Tarka Community in Benue State