You are here: Home / Blog / Ending FGM in Nigeria – the way forward

Female Genital Mutilation includes all forms of modifications performed on the external genitalia of women and the girl child, this range from cutting, suturing and total removal of any of the female external reproductive parts. The international community recognizes that one of the effective way to end FGM-C is transformed attitudes, values and behaviours within communities through information, education and communication that engages stakeholders within such community.

The bill banning circumcision of female children in Nigeria was passed into law in the year 2015, nationally, 27% of Nigerian women between the ages of 15 and 49 are victims of FGM in Nigeria, and this is to say that Nigeria is still a long way from the total eradication of Female Genital Mutilation/Cutting (FGM-C).

Female Genital Mutilation/Cutting campaigns has faced several setbacks in Nigeria due to many reasons, one of such is the perceived medicalization of FGM due to the involvement with Traditional Birth Attendants (TBAs), Midwives and Nurses in the practice. Indegenously, TBAs & Midwives and Onikola (Yoruba term indigenous circumcisers) performs genital cutting/circumcision both for male and the female, the involvement of the TBAs & Midwives culturally and medically gave the people a sense that Female Genital Mutilation is both a culturally and medically accepted process.

To end FGM in any the community, a good approach must be one that can change that cultural acceptance and de-medicalize FGM through the involvement of TBAs, Midwives and Nurses and other health practioners in the campaign against FGM. Such educative and empowerment training will be one that addresses the cultural myths that has been the reason for FGM-C and replacing them with facts and truths of the dangers and evil with FGM-C this will help discourage the practice amidst such community.

As a step towards celebrating this year’s International Day of Zero Tolerance to FGM, Centre for Inclusive Agriculture and Gender Development (CIA-GED) on 7th of February, 2018 embarked on sensitization workshop for pregnant women in Ondo State. The programme was targeted at educating pregnant women in Mother and Child Hospital, Akure on the dangers of all forms of FGM-C, during their weekly maternity session with the nurses. This sensitization was conducted with the health practioners present ergo to correct the notion that FGM-C is acceptable medically,thus making the pregnant women realize that there is nothing medical about FGM-C as some of the may have formally perceived.

CIA-GED team engaged and educated the women by correcting the myths that are associated as reason for performing FGM-C, and the different types of FGM-C carried out, the dangers and futuristic effects of the practice on the girl child. A flyer showing some key facts on FGM-C was given to these women and the medical personnel to buttress the dangers earlier discussed with the women during the sensitization programme. 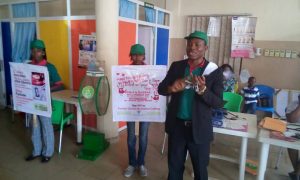 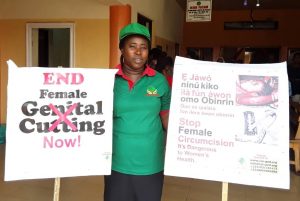 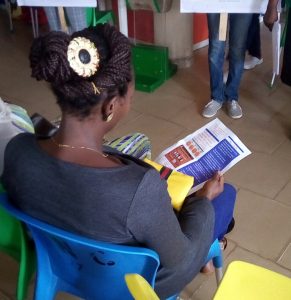 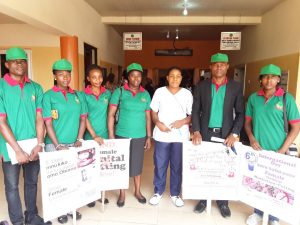 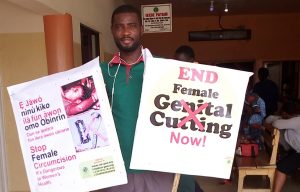 CIA-GED supports research on self medication

Support for Women in Tarka Community in Benue State

IMPROVING HEALTH OF RURAL BASED FARMERS